(Gazi Abdulla-hel Baqui has composed a large number of Rubaiyat in Bangla but in traditional Persian metrical form, that have already been published in two Volumes. A number of them have been translated by the poet.)

1
The most illiterate knows that the mistake committed by Adam and Eve,
Everyday their descendants are committing the same mistake.
Why do we drown our lives in the taboos known to us?
We the wretched ones are expelled from heaven for several times a day.

2
Animal instinct and evil nature; man versus animal and insects,
Animal have three instincts, to fill stomachs, to procreate and to survive.
The specialty of mankind is thousand kinds of instincts,
They have their conscience but with hundreds of flaws and faults.

3
Males have no escape from instinct collaborating with the female bodies,
More ills exist in hearts and mind whose shame is lost soon.
So, each and every one in the world must have strong self-control,
Otherwise the boat will finally sink and the society will suffer ruins.
4
The human body with instinct is like a cooker full of burning flames,
That lolling fire emits sweet and pleasant smell.
If a little portion enters into the pot, it will burn up the tasty offering,
Attraction to bad instinct thus greets to enter the hell.

5
An MoU between heart-mind and instincts was enacted long ago,
These are very expert and conspire to deceive and in theft works.
In every cell of blood, in every fold of mind,
These are attached and make sly contacts like stubborn fellows.

6
None abide by the good counsels; they listen but forget them,
Those who obey after listening let them hang in balance.
They climb up and down the ladder and get twisted in trap of instinct, Forgetting walking to the right path, the box load of counsels kept on shelves.

7
Turning over the pages of memories you look at how people be guilty,
How you will efface crimes committed by mixing with evil compeers.
Those who draw you to the path of sins are the servants to instincts,
That slip has made you sinners where Satan provides you with umbrella.

8
What we see when we really see them!
What we hear by ears and mind are really heard.
What said by the aged appear different from what said by professionals,
What is done and are not done, it is only known that we are lost in void.

9
Beautiful to behold the Sundarbans of Bangladesh surrounded by sea,
Tigers, crocodiles, deer, pigs roam about all the time.
Forests are crisscrossed by network of hundreds of tributaries,
Human forests spreading wings are blowing gently but wildly.

10
Matrimony is the law of Allah for cultivating the world,
So, male-female are created whose hearts are full of love.
Have also bestowed ties of feelings among the flower gardens of family,
Their union should occur through legal path that hearts will recall.

11
The life of wife is her husband and they would become a happy couple,
The life of husband is his wife in which life would be merry.
The couple is the tree having two buds in life stem,
If life is thus bloomed, gentle stream flows through the rough paths.

12
In poor democracy there are ugly structures,
Sexism is without reins and the capitalists have crazy policies.
New generation is in ruins because of lack in their self-cultivation,
Losing ways they are being diverted to pathless illusion.

13
Breaking laws kills civilization and it takes pride in that,
The breakers say it is their victory to the utter discomfiture to culture.
Being uncultured we break the society where there is no shame,
Just kicking the strong pole of love, we highlight evil instinct.

14
Reckless culture of nudism is reigning in all festivities,
If attention is concentrated on dalliance, the artistic beauty fades.
The beautiful heart struggles in ugliness in the creative age,
What worthless given by the half-crazy age is carried on by cycle of time.

15
The physical union of the couple provides pleasure and satisfaction,
When they are united in souls, they are maddened with love.
As this love grows deeper, they then start seeking Sarab and Saki,
And when their hearts taste Tohura, they are lost in divine love.

Dr. Gazi Abdulla-hel Baqui, poet, writer, translator, and a university professor, has already authored many books and a great number of poems, including Haiku and Rubaiyat. His poems generally deal with peace and patriotism, eternal problems and lasting human conviction. 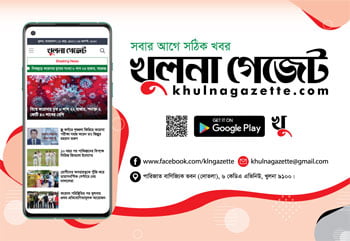